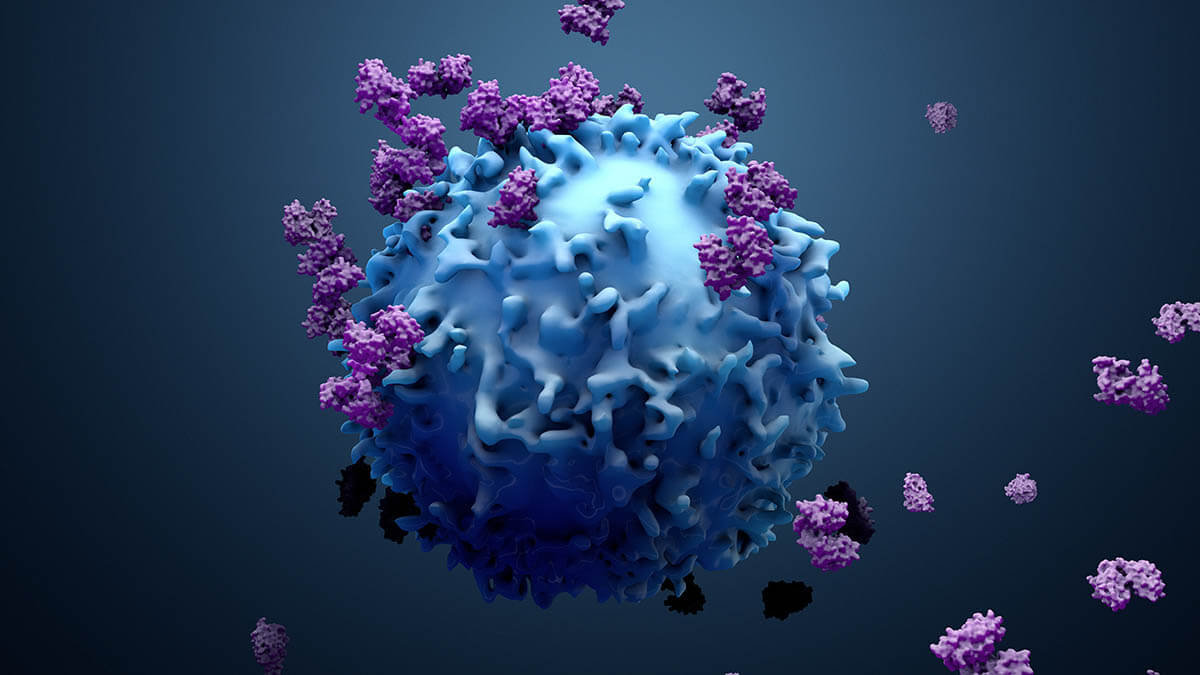 A T cell is a type of white blood cell in your immune system that fight viruses. Well, virus. Each T cell is uniquely equipped to fight a single virus. To produce the optimal amount needed to fight off invaders, you need Vitamin C, A, and D.

What are T cells?

T cells are critical components of the adaptive immune system, which constantly evolves to respond to novel threats.

Your body contains 25 million to 1 billion different T cells, each equipped with a unique receptor that can only fit one antigen. You’ll never need most of these T cells, as you’ll never experience most of the antigens in your body (as you likely will not contract every single virus that has ever afflicted humanity). But when a Killer T cell finds its nefarious virus mate, it attaches to the invader and releases two chemicals: perforin drills a hole in the infected cell for the cytotoxins to enter and destroy the cell along with all viruses within. Macrophages scavenge all the flotsam and jetsam of destroyed cells and viruses.

Helper T cells help killer T cells proliferate, so they can take on more infected cells after the first has been destroyed. The helpers send the command to the cells to only replicate the T cells that match to the active virus, thus saving energy from producing unnecessary Killer T cells. The helper T cells also release cytokines, which assist in the maturation of B cells that produce antibodies to neutralize pathogens.

After their work is done and the threat is no more, “memory” T and B cells are made to be on call for the next time the same pathogen enters your body. Since they remember the pathogen, they mobilize into action much faster than in their initial encounter with the pathogen.

T cells originate from cells produced in the bone marrow, one of the reasons why this part of the body is a critical though unexpected component of the immune system. They become T cells after a migration to the thymus where they mature, hence the T in their name. Most of the developing T cells don’t survive; the ones that do develop the receptors for specific antigens. The thymus gland, located between your lungs, atrophies with age, thus bringing fewer T cells to maturity as you age. This lack of T cell diversity means that older adults are not equipped to naturally fend off as many pathogens.

How to increase T cells

Back in 2010, scientists found that T cells require Vitamin D to activate. If they can’t find enough Vitamin D, they don’t achieve their antigen-killing or organizing capabilities. When the naive T cell is exposed to an invader, it extends its Vitamin D receptor to transform into either the helper or the killer T cells. If they don’t find Vitamin D, these cells will remain naive as they can’t turn into the useful iterations needed to perform their critical immune system functions.

According to the most recent survey (conducted by NHANES in 2005–2006), 42% of the US population were deficient in Vitamin D. Most Vitamin D is synthesized in your skin, and melanin interferes with its synthesis, leaving people with darker skin at a significantly higher risk of Vitamin D deficiency. Indeed, the survey found 63% deficiency in Hispanic Americans and 82% in African Americans.

Vitamin A deficiency in the US and developed world is rare because the nutrient occurs in a wide variety of foods. Unless a doctor recommends it, there is probably no need to supplement.

“High” vitamin C supplementation for a year has been shown to increase all lymphocytes, including T cells, in mice. Scientists have repeatedly found that Vitamin C availability is associated with increased circulating lymphocytes, at least once confirming that Vitamin C promotes proliferation of T cells specifically.

Another study found that Vitamin C “promotes maturation of T-cells,” which is necessary to get them to the form capable of either killing or helping.

The traditionalists argue that you can get all the Vitamin C you need from food and pretend the thousands of studies confirming the benefits of supplementation for the immune system do not exist. This is the same attitude that caused the wide rejection of hand washing in the medical establishment of the late 1800s after physician Ignaz Semmelweis drastically lowered the mortality rate in his ward after implementing this simple solution. The medical orthodoxy’s reasoning for failure to embrace Vitamin C are often due to dosage. Either they deem (without any proof) that the mega doses administered via IV in clinical settings are dangerous, or lower doses provided by oral supplements are ineffective.

In the former, they fail to mention the lack of a single Vitamin C overdose death. In the latter, they fail to mention the absorption challenges of larger (100 mg+) doses of water-soluble vitamins, particularly Vitamin C. To maximize absorption, you need to supplement with liposomal Vitamin C. LivOn Labs was the first dietary supplement company to offer a liposomal Vitamin C, which has been subsequently shown to absorb 50% better in white blood cells than a Vitamin C powder.