We need better sleep like we need magnesium. That is to say, we need more of it. Hectic schedules and the stress, anxiousness, and late-night eating that they bring can seriously interfere with our ability to rest and recharge and do it all again tomorrow. While many habits and lifestyle changes can turn 20 winks into 40, those are hard to come by, hence the need for a sleep drink recipe.

Certain micronutrients have scientific evidence backing their abilities to facilitate relaxation and better slumber. They’re not a miracle sleeping potion that will put you into such a deep slumber from which no alarm clock, only a magical smooch, can wake you. They’re components in several common and delectable foods that, when combined, are a creamy, tropical, nutrient-dense treat. This sleep drink recipe for a nightcap is way better for you than brandy.

Melatonin regulates your sleep. The pineal gland releases the hormone in varying amounts based on your internal clock (circadian rhythm) and the light to which you are exposed during the day. When your body detects that it’s getting dark, your pineal gland kicks into gear and starts producing the melatonin that puts you in a relaxed state to welcome sleep. According to the National Sleep Foundation, this usually happens around 9 pm.

Melatonin levels stay elevated for about 12 hours and fall to almost undetectable levels when the sun is out.

Sounds easy enough, huh? Not so. The pineal gland is easily fooled. You hear a lot about the blue light emitting during your final Instagram scroll before bed interfering with sleep, but it’s actually a lot more straightforward than that. Your pineal gland is fooled by a lightbulb. It doesn’t understand the difference between sunlight and artificial light. So, if you’re prone to illuminating your bedroom like the Griswold house, you may want to consider using the dimmer switch a couple hours before bedtime.

You can supplement melatonin, but the National Sleep Foundation warns that improper dose or timing in relation to your sleep condition may further interfere with your ability to catch some quality shut-eye. That’s because you can buy melatonin at the drug store and pop it when you please: Melatonin is the only hormone available as a supplement without a prescription, since it occurs naturally in many foods.

And, if you eat melatonin foods, you can get the nutrients for sleep in a more controlled manner without risking what’s left of your internal clock.

Pineapples, bananas, and milk contain melatonin as well as other nutrients for sleep, making them efficient choices in this sleep drink recipe.

This amino acid is an indirect nutrient for sleep because it converts to the B vitamin Niacin, which is critical to producing serotonin, a neurotransmitter that is the precursor to melatonin.

The food most commonly associated with high, sleep-inducing tryptophan is turkey due to the post-Thanksgiving meal fatigue that so many experience. But, the National Sleep Foundation says that this is a misconception. Yes, tryptophan is an important nutrient for sleep, but turkey by itself isn’t going to make you drowsy. Tryptophan requires carbohydrates to get into the brain. So, that tiredness after the Thanksgiving feast results from the carbs in the stuffing, cranberry sauce, and potatoes creating the optimal conditions for the tryptophan from the turkey to enter the brain and begin its series of conversions.

Here’s where the bananas, pineapples, and milk do triple duty in the sleep drink recipe. All three of these contain tryptophan and the carbs needed for the amino acid to make it to the brain.

Pyridoxine, better known as Vitamin B6, is fundamental in the production of both critical sleep hormones, melatonin and serotonin.

Give it up again for the bodacious banana and its B6 content.

Among its hundreds of other roles in the body, magnesium has a calming effect. Research suggests that this is due to its support of the sleep-promoting neurotransmitter GABA.

Milk contains magnesium as do — you guessed it — bananas. You can choose to spike this sleep drink with a packet of Lypo-Spheric® Magnesium L-Threonate to ensure that you’re getting enough. Experts warn that more than 50% of the well-fed American population are likely deficient in this nutrient, so supplementing with an effective, well-absorbed form of the nutrient could put you closer to meeting your daily nutritional needs.

Pineapples are loaded with Vitamin C, which some studies suggest can help manage cortisol levels. The current pariah of the hormones, cortisol manages our response to stress. When you’re one of the participants in an old west gun fight, the effects of this adrenal gland-released hormone could be the difference between life and death. When you’re under chronic stress from your desk job, the constant cortisol elevation can keep you awake at night.

Other research demonstrates that Vitamin D has a positive effect on sleep and too low levels of Vitamin D can hurt sleep. While the best source of Vitamin D is sunlight, it’s difficult for many people to get their fill naturally because of a work schedule or just where they live. If you live in cities like Pittsburgh, PA, or Syracuse, NY, or the entire state of Washington, you’re going to have a lot of trouble getting optimal Vitamin D from sunlight alone year-round.

With some labeling low Vitamin D as an American health crisis, it’s no surprise that numerous foods are fortified with Vitamin D. That’s another reason why milk is part of this sleep drink recipe.

A note on the sleep drink recipe

This recipe makes a small nightcap. Gorging yourself — even if on foods with sleep-promoting nutrients — could interfere with your slumber by digesting late in the night. And, no one wants to wake up in the middle of night to use the bathroom due to downing a liter of any beverage regardless of its tryptophan content.

On a similar note, if you spike the drink with magnesium, do not use a variety other than Lypo-Spheric® Magnesium L-Threonate. Many magnesium supplements are used to relieve constipation, which is a surefire way to interfere with sleep! The Lypo-Spheric® variety does not have this effect.

We think this recipe is plenty sweet as it is, but if you need to further sweeten it, use honey for its tryptophan content.

What Is Liposomal Vitamin C? 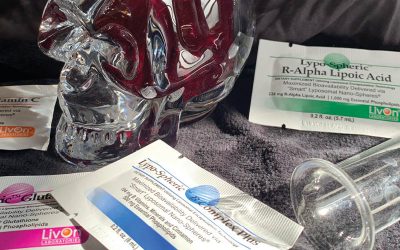 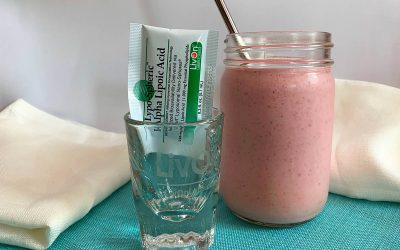 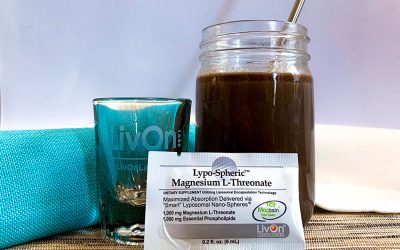 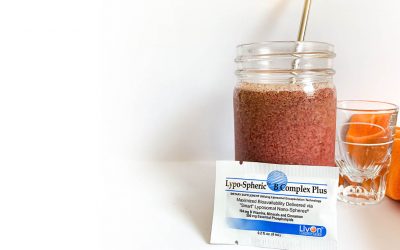