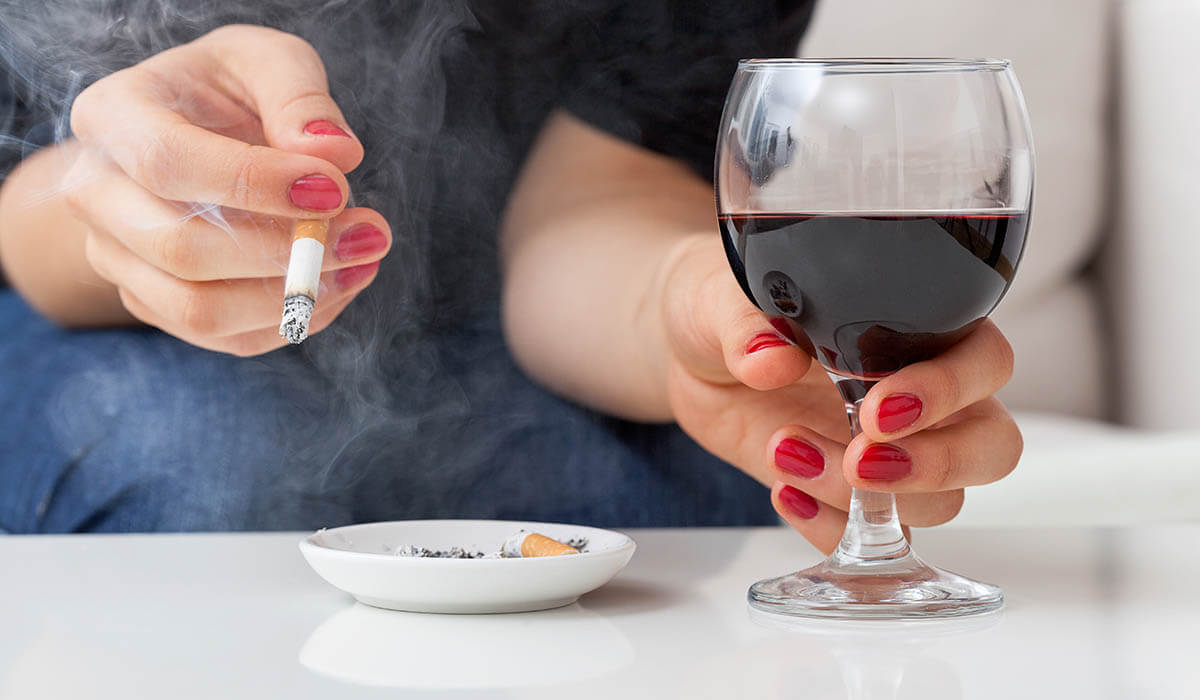 The master antioxidant, Glutathione (GSH) is critical to keep our livers removing the damaging substances we ingest on a daily basis from our bodies. These substances come from processed foods, pollution, medications, stress, radiation, smoke, and alcohol, among others. You see where we’re going with this: Our bodies have not evolved to produce enough glutathione to keep up with the demands of living in the 21st century. Learn specific glutathione depletion causes and what you can do about it.

Depleted Glutathione means that you have a compromised ability to remove chemicals from the body and prevent the oxidative stress that can cause cell death. Glutathione depletion means less of this beneficial substance in the cells and tissues of the body where it is needed to keep you healthy. Because it is concentrated in immune system cells, glutathione depletion can have adverse effects on your ability to fight off ailments.1

People with this rare genetic disorder do not have enough of the glutathione synthetase molecule to produce glutathione. This shortage can manifest itself in conditions of varying severity. The mild form can cause hemolytic anemia, with such symptoms as fatigue, pale skin, lightheadedness, and shortness of breath. The moderate form can cause a build up of acid in the body (metabolic acidosis), which can lead to nausea, fatigue, and vomiting. The severe form of the disorder can affect the brain, causing intellectual disability, seizures, and bodily coordination difficulties. According to the NIH, there is no cure or treatment for this condition other than managing the illnesses that accompany it.

When you’re young, your body has an active defense system to offset the damage of smoking: robust glutathione production. Indeed, numerous studies indicate that young smokers have higher levels of glutathione than non-smokers. The problem, according to researchers of a small 2015 study, is that your body can only keep up with the greater glutathione demands when you’re young since glutathione production plummets in your mid-40s. Some theorize that this is part of the reason why young people experience few ill effects of smoking, but the habit wreaks havoc on their bodies as they age.

Cigarette smoke generates free radicals in your body. These unstable molecules attack healthy cells, eventually killing them if your body does not have enough antioxidants like Glutathione to stop them.

Numerous studies show that exposure to cigarette smoke depletes the Glutathione in your cells while generating reactive oxygen species (e.g., free radicals). This imbalance of more free radicals than antioxidants is known as oxidative stress and has been associated with numerous health problems.

In yet another study, researchers found that cigarette smoke prevented glutathione from reducing, therefore preventing it from performing its antioxidant duties as the reduced form of glutathione is the active form. As the study authors write, “This exhaustion of the pool of reduced GSH may induce a chronic lack of antioxidant protection. Persistent smokers may, in that case, inhale more ROS than can be scavenged by the residual antioxidants, resulting in increased vulnerability to oxidative stress. This makes the synthesis of GSH essential for cellular survival and protection of the lung.”

Drinking alcohol causes oxidative stress that depletes antioxidants throughout the body. Glutathione is heavily concentrated in the lungs, thus the lungs, not the liver, experience the most dramatic reductions in glutathione due to drinking. Researchers at Emory University have been studying this relationship since the early 2000s. Comparing the lung glutathione levels in young, otherwise healthy, functional alcoholics to non-alcoholics, the researchers found an 80-90% reduction in lung glutathione levels.

Your liver must metabolize all medications to remove them from your body after they’ve done their job. This is an extraordinary demand on the liver and it uses glutathione to perform this function. Glutathione is a requirement for processing and removing all the bad stuff from your body, which includes environmental contaminants and substances in food. Flooding your body with drugs means more potentially harmful substances that glutathione must remove, therefore depleting glutathione stores. As pharmacist Suzy Cohen says in her book Drug Muggers: Which Medications Are Robbing Your Body of Essential Nutrients — and Natural Ways to Restore Them, “Any medication, whether it’s listed here or not, that goes through your liver can increase your requirements for this nutrient. If a med goes through your liver, it’s taxing it, so you need a liver-loving nutrient like NAC or glutathione.”

Cohen lists the following classes of medications that are known to deplete Glutathione2:

Acetominophen-containing drugs are particularly damaging to glutathione levels. As Cohen states, “If you have enough glutathione on board, your body renders the acetaminophen metabolite nontoxic and excretes it. If you take too much acetaminophen, or too many medications that the liver must process, it can overtax your body’s store of glutathione.” These drugs include the over-the-counter Tylenol and more intense pain drugs like Vicodin, Percocet, and Darvocet.

Excess body fat triggers overproduction of several damaging proteins known to cause oxidative stress. This excess fat may be most insidious when it is not visible; it accumulates in liver cells. Excess liver cell fat promotes oxidative stress and depletes glutathione. The liver relies on glutathione to function properly. As the authors of a 2014 literature review state, “a liver with excess fat is more vulnerable to stressors, due to decreased antioxidant mechanisms.”

How to Address Glutathione Depletion

For more detail on glutathione-boosting foods and supplements, please read our full article on the topic. A summary is below.

Glutathione is made of three amino acids: cysteine, glutamine, and glycine. Protein powders often contain all three of these amino acids, including the complete protein whey. You can also get all three in meat, fish, and fruits. Sulfur-rich foods like broccoli are also known to help glutathione production.

N-acetylcysteine (NAC) is a stable cysteine derivative that is known to help you produce reduced glutathione, and is widely available as a supplement.

Vitamins, Minerals, and Other Nutrients Needed for Glutathione Production

The process to create glutathione requires B vitamins, carnitine, alpha lipoic acid, and selenium. The B vitamins and selenium are easy to get in a well-rounded, whole food diet that does not eschew animal products as meats are the best sources of selenium and multiple vitamins in the B family. Your body makes carnitine and alpha lipoic acid, but it would be advisable to eat foods rich in these nutrients (namely meats as the name “carnitine” implies) to attain higher levels to support maximum Glutathione production. You can also supplement these nutrients as the amounts of alpha lipoic acid in foods is minuscule and some diets preclude the consumption of foods containing B12, biotin, carnitine, and selenium.

Because of its composition, glutathione is difficult to supplement through traditional methods since the stomach breaks it back down into its three constituting amino acids which then must be reassembled. Numerous clinics are now offering Glutathione IV’s which bypass the digestive system by injecting the antioxidant directly into the bloodstream.

Liposomal Glutathione offers a more accessible alternative that enables maximum absorption. Encapsulating the reduced Glutathione molecules in spheres made from essential phospholipids protects the nutrient through the digestive system and delivers it to the cells intact.