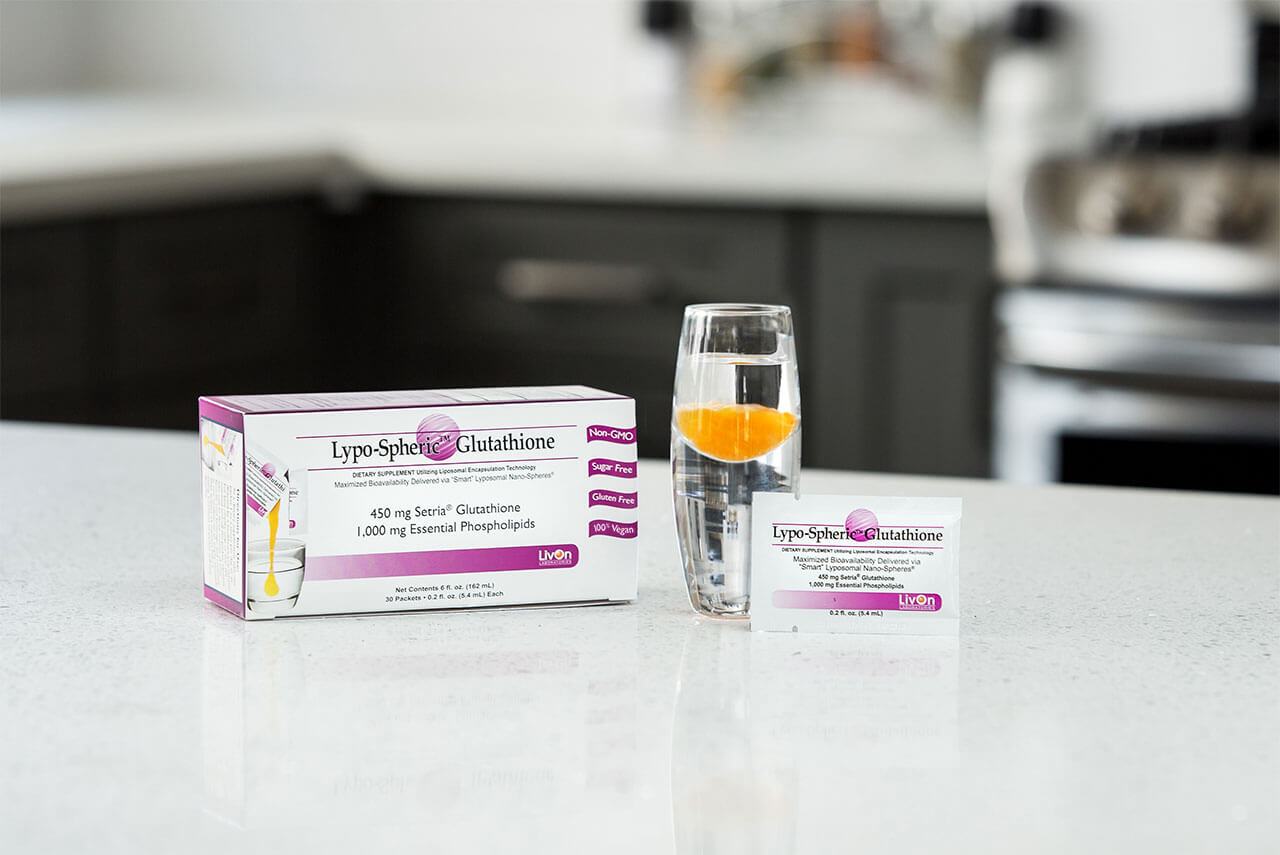 A new study published in the European Journal of Nutrition revealed that daily supplementation of Setria® Glutathione – the form of L-Glutathione used in Lypo-Spheric® Glutathione – is effective at increasing body stores of glutathione by 30-35% over a 6 month period.

“It is well-known in the science community that glutathione is one of the primary protective molecules in the body; however, whether or not glutathione levels could be supplemented by oral glutathione administration has been hotly debated and clinical data has been lacking,” said Dr. Richie. “Now we have evidence to illustrate the potential benefit of glutathione supplementation.”

The study measured the effect of supplementation with Setria Glutathione on glutathione levels in 54 healthy adults, 28-72 years of age. One group of subjects took 250 mg/day (low dose), the second group took 1,000 mg/day (high dose), and the third group took 470 mg/day of placebo. Glutathione levels were measured over a six month period in different blood components, including erythrocytes (red blood cells) and lymphocytes (white blood cells), as well as the buccal mucosal cells that line the inside of the cheeks.

In addition to the increase in glutathione levels, the study showed that daily supplementation of 1,000 mg/day enhanced the function of natural killer (NK) cells more than two fold after three months. NK cells are vital to a well-functioning immune system because they can rapidly identify and kill abnormal cells. This twofold increase in NK cytotoxicity means the NK cells were two times as effective at killing abnormal cells, such as cells that are virally infected or tumorigenic.

Glutathione has been called the “Master Defender” due to its vast functions as an antioxidant, detoxifier, and immune system supporter. It is found in nearly all cells, tissues and organ systems in the body. Our bodies produce glutathione naturally, but everyday factors including the intake of medication, ill health, exposure to environmental toxins, aging, and diet dramatically reduce the body’s stores of glutathione. As glutathione levels decrease, a detrimental drop occurs in the cellular functions that help maintain a healthy heart, brain, eyes, liver, kidneys, pancreas, and joints.

Setria® is a registered trademark of Kyowa Hakko USA, Inc.