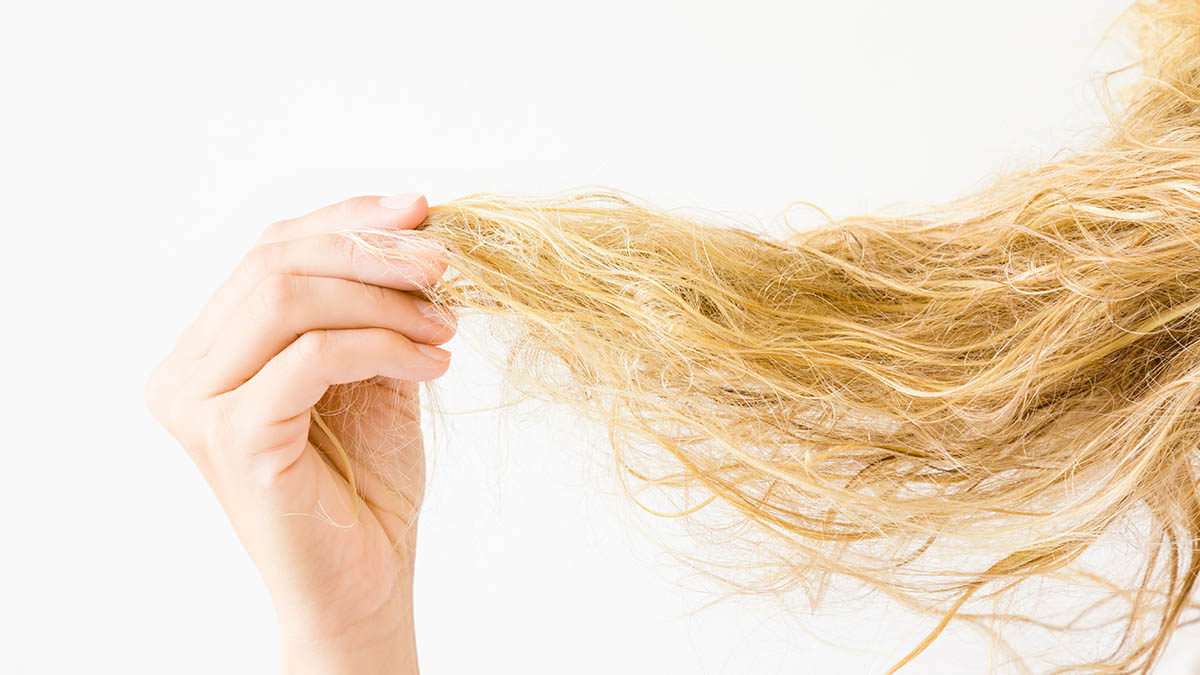 Vitamin C deficiency symptoms are unpleasant, and in some rare cases, life-threatening. Unless you know all about the capabilities of this important antioxidant, it can be difficult to understand that disparate symptoms are all related and indicative of a bodily shortage of this vitamin.

When capillaries near the surface of the skin leak, bruises form. While some bruising is normal, unexplained or excessive marks may suggest weakened capillaries due to a lack of Vitamin C.

Just as healthy locks are usually a sign of a healthy diet, chronic bad hair days may suggest a dietary deficiency. Since hair is not an essential tissue, Vitamin C is conserved for more important tissues and organs first. If you don’t have enough Vitamin C, you won’t have enough left to fortify your hair.

Vitamin C also helps our bodies utilize iron. A lack of iron can lead to poor nail and hair health.

Wounds That Are Slow to Heal

If your scrapes or cuts seem slow to heal, it might be time to pay more attention to your diet. Collagen — the connective tissue that helps bind a healing wound — requires Vitamin C to form.

Low levels of Vitamin C are often linked to oral health issues, such as frequent mouth ulcers or irritated gums.

Insufficient Vitamin C in the bloodstream can cause increased body fat, particularly around the midsection.

Almost 100% of nosebleeds occur from capillaries located at the front of the nose. Vitamin C fortifies these blood vessels, so a lack of the antioxidant may make them fragile and bleed.

This Could Be Why You Have Vitamin C Deficiency Symptoms

On their own, none of these symptoms should be taken as a diagnosis of Vitamin C deficiency, but the presence of multiple symptoms is enough to warrant an evaluation. Do you eat fresh fruits and vegetables throughout the day on a daily basis? The recommended daily allowance for Vitamin C for adult non-smoking men is 90 mg, which you can get in a cup of strawberries. For non-pregnant, non-smoking adult women, it’s a mere 75 mg.

While that single cup of strawberries may fulfill the RDA, which on the surface is just enough to avoid Vitamin C deficiency symptoms, you still may not be getting enough Vitamin C due to the complicated way your body absorbs this vitamin.

Eating a lot of sugar with Vitamin C can diminish the amount of the vitamin that gets to your cells. It works like this: Vitamin C and glucose both enter cells through the Glut-1 receptor. The Glut-1 receptor prefers glucose, so it will choose sugar over Vitamin C. That’s the problem with so many of those gummy and powdered Vitamin C supplements that actually contain up to eight times the amount of sugar as Vitamin C. That means Vitamin C may not be absorbed in the cells where it’s needed. Because Vitamin C is water soluble, any extra that doesn’t get absorbed passes through your digestive system and gets flushed down the drain. And Vitamin C that passes through the system is not going to ward off deficiency.

Cooking affects Vitamin C content. Back to the water solubility; cooking in water can cause Vitamin C to leach out of the foods. Let’s say you’re boiling broccoli. Now, the package may say that a cup has 80 mg of Vitamin C. That’s raw, not cooked. When you toss the broccoli into a cup of boiling water, your veggie side dish may have a lot less than the 80 mg and the water that you just poured into the sink may have a good chunk of it. Cooking methods that use less water are recommended for preparing Vitamin C-rich vegetables to preserve the vitamin content.

Let’s stay with water solubility for a minute. Remember that little factoid about how your body is  around 60% water? Well, the whole water solubility concept affects Vitamin C after it enters the body. You can’t store it; you need a steady intake. As we said before, the excess Vitamin C that we consume is flushed out of our bodies. How, if we are on the verge of deficiency, can we have excess? By consuming all our daily Vitamin C at once. Let’s say breakfast is a grapefruit, blueberries, a spinach-tomato omelet, and a multivitamin. And that’s your fruit and veggie consumption for the day. Well, it seems like a lot of Vitamin C. The problem is that the water in our bodies will wind up leaching out most of it and we’ll flush it down the drain.

Experts have recently started recommending staggering Vitamin C consumption throughout the day to ensure that we are getting the amount of Vitamin C that our bodies can actually absorb. While there’s nothing wrong with that Vitamin C feast at breakfast (as long as you’re not one of those people who experience gastric issues from Vitamin C consumption), you just have to think about including a source of Vitamin C with lunch and dinner as well. The other option is to take a supplement like Lypo-Spheric® Vitamin C that bypasses the absorption barriers in the digestive system.

Oxidative stress is the byproduct of free radicals, unstable molecules missing an electron that oxidize with cells in the body. Oxidation is the same concept that causes metal to rust. You don’t want rusty cells. You can’t get rid of all free radicals; our body generates them from the process of turning food into energy, aka., metabolism. You can minimize their accumulation by avoiding damaging environmental factors. Free radicals show up in your body from contaminants like air pollution, chemical exposure, and radiation. Researchers have also found that alcohol consumption promotes free radical generation.

Vitamin C is an antioxidant, meaning it is stable enough to give an electron to the free radical in need, thus stopping cells from oxidation. So, if you kick back and have several beers after a day of working with industrial solvents, you probably have higher levels of oxidative stress. And all the Vitamin C from your daily cup of strawberries is tied up donating electrons, and you still may have a deficiency.

So, what does all this come down to? You could be consuming the recommended daily allowance of Vitamin C through foods or supplements and you could still have Vitamin C deficiency symptoms.

How Can You Avoid Vitamin C Deficiency Symptoms?

What can you do about it? Eat more foods rich in Vitamin C to start. Citrus, berries, bell peppers, and cruciferous vegetables are great sources of Vitamin C. And if you really want to make sure you don’t experience Vitamin C deficiency symptoms, check out Lypo-Spheric® Vitamin C. It contains 1,000 mg of Vitamin C encapsulated in liposomes that protect the antioxidant throughout the digestive system so more Vitamin C gets into the bloodstream and the cells intact. It also doesn’t have any sugar to compete with the Vitamin C for a ride in the GLUT-1 receptor.