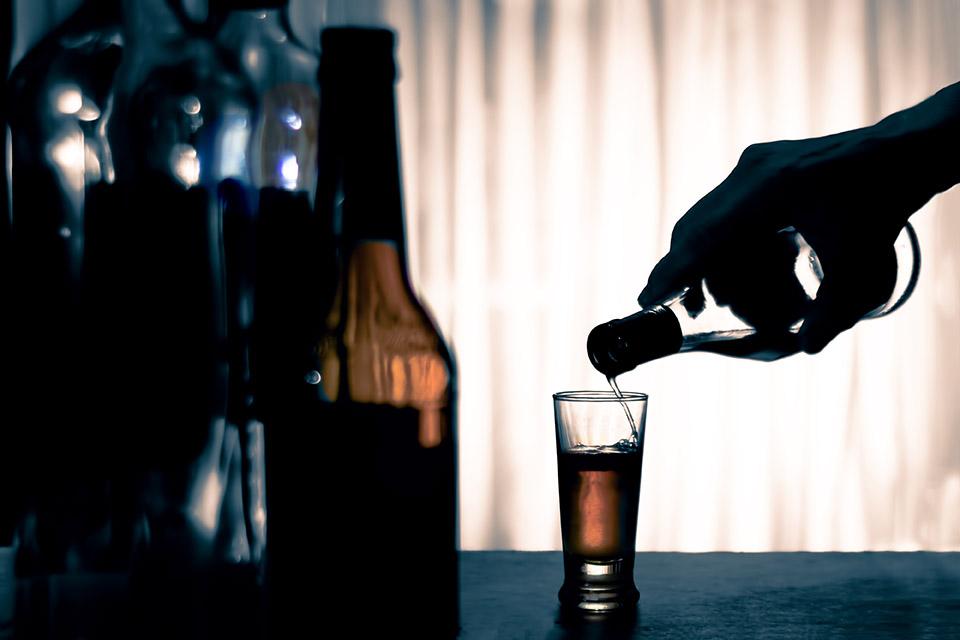 Chronic alcohol abuse can cause vitamin deficiency by depleting nutrients in three major ways: decreasing nutrient consumption, enhancing malabsorption, and increasing excretion. The former is due to alcohol’s suppression of appetite, along with the tendency to replace food with alcohol. The latter two are physiological effects of alcohol on vitamins.

According to the National Institute on Alcohol Abuse and Alcoholism, “Alcohol inhibits the breakdown of nutrients into usable molecules by decreasing secretion of digestive enzymes from the pancreas. Alcohol impairs nutrient absorption by damaging the cells lining the stomach and intestines and disabling transport of some nutrients into the blood.”

Since 1978, studies have reported an association between alcoholism and Vitamin C deficiency, sometimes even scurvy. In one study, short-term IV Vitamin C improved serum levels in alcoholics with depleted C, but did not stay there. Other studies have indicated that it took 3 months of supplementation to maintain normal blood levels. Other studies note increased Vitamin C excretion with consumption of alcohol.

Conversely other studies have indicated Vitamin C enhances alcohol excretion, which may explain the subjects having less coordination impairment due to alcohol consumption.

In 2016, researchers asserted that chronic drinking interfered with the ability of the pancreas to absorb Vitamin C. The pancreatic cells exposed to significant amounts of alcohol had lower numbers of the proteins needed to transport Vitamin C for absorption.

Alcohol is a common cause of magnesium depletion

Heavy drinking can increase magnesium excretion and chronic abuse depletes total body magnesium. According to researchers, “Alcoholism is the most commonly recognized cause of disturbed magnesium balance. Alcohol intake per drinking day correlated negatively with serum magnesium.” Up to 50% of patients hospitalized for reasons relating to alcohol are deficient in magnesium. Patients undergoing alcohol withdrawal frequently have low serum magnesium.

Selenium levels are lower in alcoholics

Chronic drinkers often have low selenium, even those with no overt malnutrition or liver disease.

Alcohol is associated with depleted zinc

Cirrhosis may impair zinc absorption and increase excretion. Even before it gets to that point, chronic alcohol abuse is associated with low serum levels of this critical mineral. Researchers note that the reduced zinc concentration occurs in the central nervous system. In a study on rats, 8 months of exposure to alcohol reduced zinc in the brain.

Alcohol is a leading cause of Vitamin B1 deficiency

Researchers of the Vitamin C study had earlier found that chronic alcohol consumption interferes with thiamine (B1) absorption in the pancreas. It also may interfere with converting thiamine to its useful form.

In the developed world, alcoholism is the leading cause of thiamine deficiency, and is reported in up to 80% of alcoholics. https://www.psychiatryinvestigation.org/m/journal/view.php?number=744

In experiments, researchers have found that alcohol reduced thiamine absorption by 52% in 30% of the subjects.

Alcoholics have also shown diminished capacity to absorb thiamine even without the presence of alcohol.

Alcohol may destroy Vitamin B6

Alcohol similarly interferes with B6 conversion to the useable form. The presence of alcohol metabolism byproduct acetaldehyde also appears to accelerate B6 destruction in certain types of red blood cells.

Folate deficiency is common among alcoholics

Folate deficiency has been reported in up to 80% of alcoholics. While some of this is due to lack of dietary consumption, researchers claim that alcohol causes the liver to leak folate into the blood, causing excretion without absorption. “When alcohol is present, it is as though the body were actively trying to expel folate from all its sites of action and storage,” researchers write. “Alcohol also interferes with the action of what little folate is left.”

In the developed world, grain products are fortified with folate, making abject deficiency rare. Indeed, researchers have found that even in patients admitted to hospitals for acute alcohol intoxication, incidence of folate deficiency decreased dramatically since fortification became commonplace. That said, researchers have found that alcoholics tend to have lower serum folate levels. Research indicates that acute consumption of alcohol does not impair folate absorption, but that daily alcohol consumption does. Conversely, short-term exposure to alcohol has been found to increase excretion while the body adapts to chronic alcohol use and preserves more of the folate. Depressed folate levels due to acute alcohol consumption are quickly returned to normal after consumption ceases.

Vitamin A deficiency occurs with other illness

Vitamin A deficiency is often reported among people with cirrhosis or pancreatic disease, though not common among alcoholics in general.

Alcohol may affect B12 levels

While an earlier study suggested alcoholics have higher B12 concentrations in blood, a 2004 study indicated that alcohol may diminish B12 in healthy, well-nourished postmenopausal women. That latter study is unique in that it was not performed on alcoholics, but on normal women consuming moderate amounts of alcohol.