Aspirin reduces pain, fever, and inflammation — and also Vitamin C. Though doctors have been recommending the over-the-counter drug for decades to reduce the risk of cardiac events, scientists have found substantial evidence of gastrointestinal side effects that can lead to nutrient depletion. Nutrient and aspirin interactions have varying degrees of evidence from close to a century of research.

In the 1970s, researchers noticed that people with chronic diseases (notably, rheumatoid arthritis) who took aspirin daily for pain relief had an increased susceptibility to infections. They hypothesized that this could be due to the aspirin regimen depleting ascorbic acid (Vitamin C) in immune system cells, including leukocytes.

Leukocytes are a type of white blood cell that is involved in immune system functions, and, according to researchers behind a 1974 study on Vitamin C levels in leukocytes in the presence of aspirin, their Vitamin C content is known to be indicative of tissue status of Vitamin C “when all metabolic demands are met.”

The results of the study demonstrate that the common aspirin dose of 600 mg can alter metabolic availability of Vitamin C. Researchers said that aspirin can completely inhibit the uptake into these critical white blood cells. The researchers aren’t sure of the exact reasons for this inhibition, but they eliminated the possibility of damage to the cell membrane and a leakage of Vitamin C.

“When aspirin is given alone, both plasma and leukocyte ascorbic acid concentrations are reduced, and the urinary excretion of ascorbic acid is greatly increased,” the researchers write, indicating that taking aspirin increases excretion of Vitamin C. Since the nutrient is water-soluble, your body cannot store it and increased urinary excretion means that less of the nutrient is absorbed in the cells where it is needed.

The researchers conclude that “supplementary ascorbic acid should be administered to individuals receiving aspirin therapy.”

In the most recent study, researchers suggest that yet another mechanism in Vitamin C-aspirin interactions could be at play. In 2004, researchers found that 2400 mg of aspirin for 6 days reduced Vitamin C in urine, plasma, and gastric mucosa. Researchers believe that the latter could be that antioxidant defenses are elevating in the digestive system due to the damage that aspirin inflicts on the gastric mucosa. Several studies support this hypothesis by showing that Vitamin C decreased aspirin-induced lesions.

Aspirin May Interact with Folate

The same relationship between low folate and rheumatoid arthritis prompted researchers a couple years earlier to examine how aspirin affects folate absorption. The researchers showed that administering 3 g of aspirin daily for a month yielded lower folate serum levels in two out of the three subjects studied. With an extremely small sample size, they caution that their results are “suggestive, but not sufficient to substantiate conclusively the above hypothesis.”

Other researchers have noted that aspirin may interfere with the “binding” or folate, possibly  making it less absorbable and subject to increased urinary excretion.

“Aspirin in vitro also displaced significant amounts of bound serum folate. Thus, aspirin in therapeutic doses can contribute to subnormal serum folate values, and if it increases urinary folate excretion even slightly, may impair folate balance,” write the authors of a 1984 study.

Kaiser Permanente notes that the research on aspirin-induced folate depletion is thin and sometimes contradictory.

According to Kaiser Permanente, “Gastrointestinal (GI) bleeding is a common side effect of taking aspirin. A person with aspirin-induced GI bleeding may not always have symptoms (like stomach pain) or obvious signs of blood in their stool. Such bleeding causes loss of iron from the body. Long-term blood loss due to regular use of aspirin can lead to iron-deficiency anemia.”

B12 and Possible Aspirin Interactions

The evidence is a bit scant for this one, but researchers in 2004 found an association between aspirin use and B12 deficiency. B12 is a critical nutrient for brain health and metabolism, and deficiency can yield some unpleasant symptoms.

How to Supplement to Avoid Aspirin-Induced Nutrient Depletion

This varies by nutrient as each one has a different absorption pathway with which aspirin interferes in a different manner.

The most thorough research is on aspirin and Vitamin C. While scientists have not named the exact processes at play, they offer a compelling hypothesis of competition for active transporters as a reason for aspirin-induced Vitamin C depletion.

The researchers postulate that aspirin interferes in a similar manner by using some of the active transporters on which Vitamin C relies for absorption. Since Vitamin C is water-soluble, any that gets left behind in either the small intestine or the bloodstream will be passed as waste in one of two ways depending on where it is abandoned.

Since it is injected directly into the bloodstream instead of going through the digestive system, intravenous Vitamin C is better absorbed in the cells than traditional oral supplements.

Liposomal Vitamin C is a more accessible oral way to supplement Vitamin C without relying solely on the active transport system, thus maximizing absorption. The Vitamin C is encapsulated in microscopic bubbles — liposomes — made from essential phospholipids that transport the Vitamin C from the small intestine to the cells. Because they are made of the same material that comprises your cell membranes, liposomes are able to pass into the cells and deliver the Vitamin C intact, avoiding Vitamin C and aspirin interactions.

Lypo-Spheric® Vitamin C, the first liposomal Vitamin C on the market, is particularly effective in restoring Vitamin C levels in white blood cells according to a 2019 study. 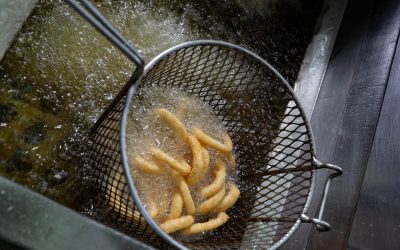 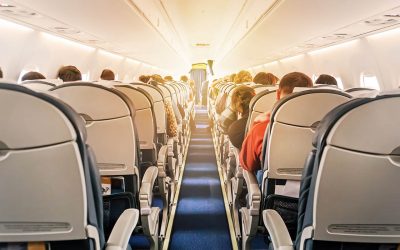 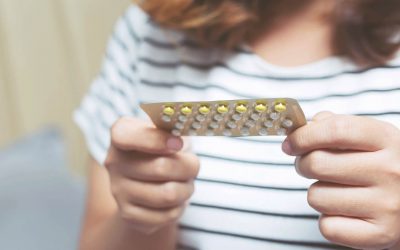 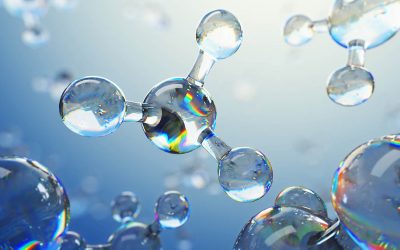