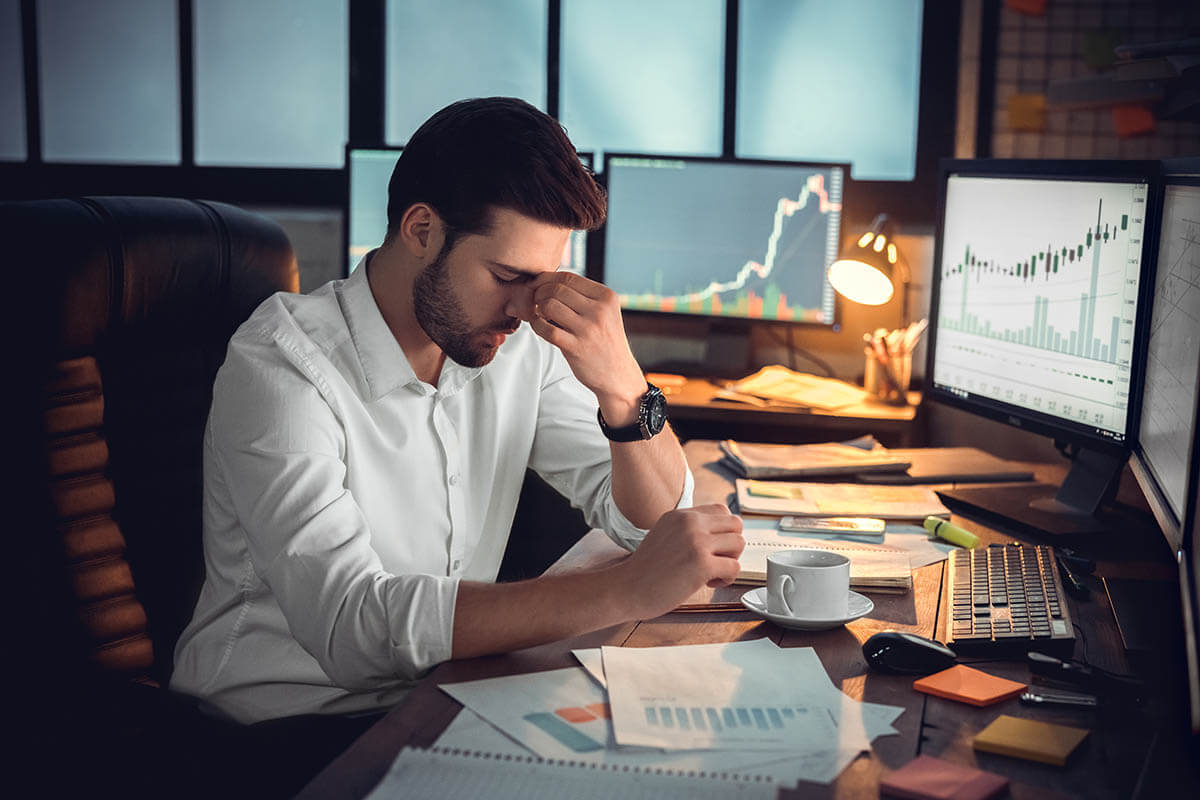 Chronic and severe acute psychological stress have been linked to biomarkers of premature aging. Researchers have found that stress can lead to oxidative stress, which damages and ages cells. Learn why you can control your response to stress to mitigate the oxidative damage, and how antioxidant supplements can help to fight the substances that cause the aging.

Types of Stress and Aging

Not all stress is bad. Stress is necessary to create adaptations that allow us to survive. A completely stress-free life would leave you soft in every interpretation of the word; you wouldn’t have the physical, emotional, or mental strength to do anything. For example, the stress of exercise is what causes your body to adapt and make strength, endurance, and cardiorespiratory gains.

Severe acute stress, like a traumatic experience, is unavoidable and can cause significant cellular damage. Chronic stress — from both daily life stressors and the anticipation of them — can be equally, if not more damaging. Research on this topic is robust, but has no clear villain or pharmaceutical remedy, therefore doesn’t get a lot of headlines. However, there are steps that you can take to mitigate the damage when you understand the behaviors that lead to stress-induced aging.

“Accumulating evidence that individuals exposed to chronic stress show signs of accelerated biological aging,” write the authors of a 2013 study on psychological stress and oxidative stress.

In 1956, a researcher introduced the Free Radical Theory of Aging, proposing that oxidative stress and the damage it inflicts over time accelerates the aging process. Scientists operating on this theory began to investigate whether the reverse was also possible: if they could slow the onset of negative outcomes associated with aging by using antioxidants. After 50 years of studies, the Free Radical Theory of Aging is widely accepted today and researchers are constantly finding new pathways for oxidative stress biomarkers to appear.

Chronic stress has been correlated with oxidative stress in many studies. Researchers select people with stressful life situations as their subjects: often women caring for a chronically ill child or spouse. In other studies, men who reported poor romantic relationships had higher levels of oxidative stress.

“For example, pre-menopausal women caring for a chronically ill child (considered a model of chronic stress exposure) who endorsed greater perceived stress had higher oxidative stress and shorter telomere length, a marker of cellular age,” the authors of the 2013 study write.

The DNA damage has also been linked to higher levels of the stress hormone cortisol. While this hormone is necessary for the fight-or-flight response that helped our species survive threats in the wild, high cortisol levels from exposure to chronic stress is correlated with “elevated markers of DNA and RNA damage in older adults.” As other researchers say, “The glucocorticoid hormone cortisol represents a potentially important mechanism linking chronic stress with accelerated aging. When events are perceived as stressful, and particularly when the stressor evokes negative affect or social threat, this may induce increased cortisol secretion, which mobilizes the metabolic energy to cope with stressors.”

But it may not be as simple as a hormone. Other studies have found that it is our anticipation of stress that can cause damage.

“Chronically stressed individuals may develop a heightened tendency to anticipate stress and mount a rapid cortisol response, which could increase vulnerability to oxidative stress and accelerate biological aging,” write the 2013 study authors, hypothesizing that people who are chronically stressed are on edge, always anticipating more stress. This in turn sets them up for a rapid cortisol response, which may increase their vulnerability to oxidative stress. And that anticipation of stress, not necessarily the stress itself, is what the researchers found correlated with increased biomarkers of oxidative damage.

“These findings are particularly striking because they highlight the importance of psychobiological processes that take place during anticipation of an upcoming stressor, such as expectations, thoughts and emotions experienced in preparing for a stressor. Intriguingly, it was anticipatory rather than peak cortisol reactivity, which best explained the relationship between perceived stress and heightened oxidative damage among chronically stressed caregivers.”

That’s actually good news. We can’t help stress from happening, but we can control how we respond to it or dread it. It was the anticipation of stress. Kind of like living your life like you’re watching a horror movie. The tense music always on the verge of crescendo. You’re in a dark hallway, knowing that the killer in the clown mask could be waiting around any corner, ready to pounce. Researchers describe this as the difference between perceiving a stressful situation as a challenge or a threat. Seeing a threat provokes a much more harmful physiological reaction than seeing a challenge.

Changing a mindset from seeing a stressful situation as a challenge instead of a threat can mitigate the oxidative damage from these stressors. Sometimes that is difficult. And researchers say that previous exposure to stress influences that reaction with major traumatic stress and the “chronic stress of growing up in a socioeconomically disadvantaged family” is associated with adolescents perceiving ambiguous stressful situations as threatening.

This is the difference from dreading that your life may become a horror movie and actually living in a horrific situation. Researchers have found biomarkers of oxidative stress in adults who experienced maltreatment as children.

Combat veterans, specifically of the Gulf War and soldiers returning from Iraq, show increased levels of brain oxidative stress. Also, chemical agents used in modern warfare are known to increase blood-brain-barrier permeability, allowing more bad substances to get into the brain and cause oxidative stress.

Other studies have found that couples and their children all experience oxidative stress in divorce. In one study, divorced men had “lower anti-oxidant defense system in the CNS and decreased resistance to brain oxidative damage than nondivorced men.” Children and adults who experienced their parents’ divorce during childhood showed decreased antioxidant defenses in tissues such as the brain and lungs in other studies.

Telomeres are DNA-containing structures at the end of your chromosomes. Their length is an indicator of overall health. Shorter telomeres are a biomarker of oxidative stress. Anticipatory stress has been associated with shorter telomeres, as has experiencing child abuse.

The shorter the telomere, the greater the biological age of the cells. In another study on chronically stressed caregivers, researchers found that those with high anticipatory threat appraisals had shorter telomeres. Higher anticipations of stressful situations as threatening was associated with accelerated cellular aging.

While other factors — including smoking, obesity, consumption of processed foods, and exposure to pollution — can shorten telomeres, oxidative stress and chronic psychological stress are major contributors to prematurely shortening telomeres.

How to Mitigate the Effects of Stress on Aging

For some people, this could be as simple as turning off cable news. For others, it may take some major behavior modifications.

Oxidative stress happens when you have more free radicals and oxidation than you do antioxidants.

To learn how to enhance your glutathione levels, read this article.

Animals that produce their own Vitamin C can synthesize up to 13X their normal level when exposed to stress. The human body cannot produce its own Vitamin C, but researchers have found benefits to supplementation to mitigate the damaging effects of stress.

According to a review of Vitamin C and stress damage in Psychology Today, “In one study German researchers subjected 120 people to a sure-fire stressor—a public speaking task combined with math problems. Half of those studied were given 1,000 mg of vitamin C. Such signs of stress as elevated levels of the stress hormone cortisol and high blood pressure were significantly greater in those who did not get the vitamin supplement. Those who got vitamin C reported that they felt less stressed when they got the vitamin.”

Vitamin C is a powerful antioxidant that has been scientifically shown to mitigate free radical damage in multiple tissues, including the difficult-to-permeate skin. Our liposomal Vitamin C provides a better way to absorb this critical nutrient.

Like glutathione, this antioxidant can help to lengthen telomeres. It is also unique as a universal antioxidant that can fight stress-induced free radicals in both fat- and water-based tissues. We also make a liposomal Alpha Lipoic Acid supplement.