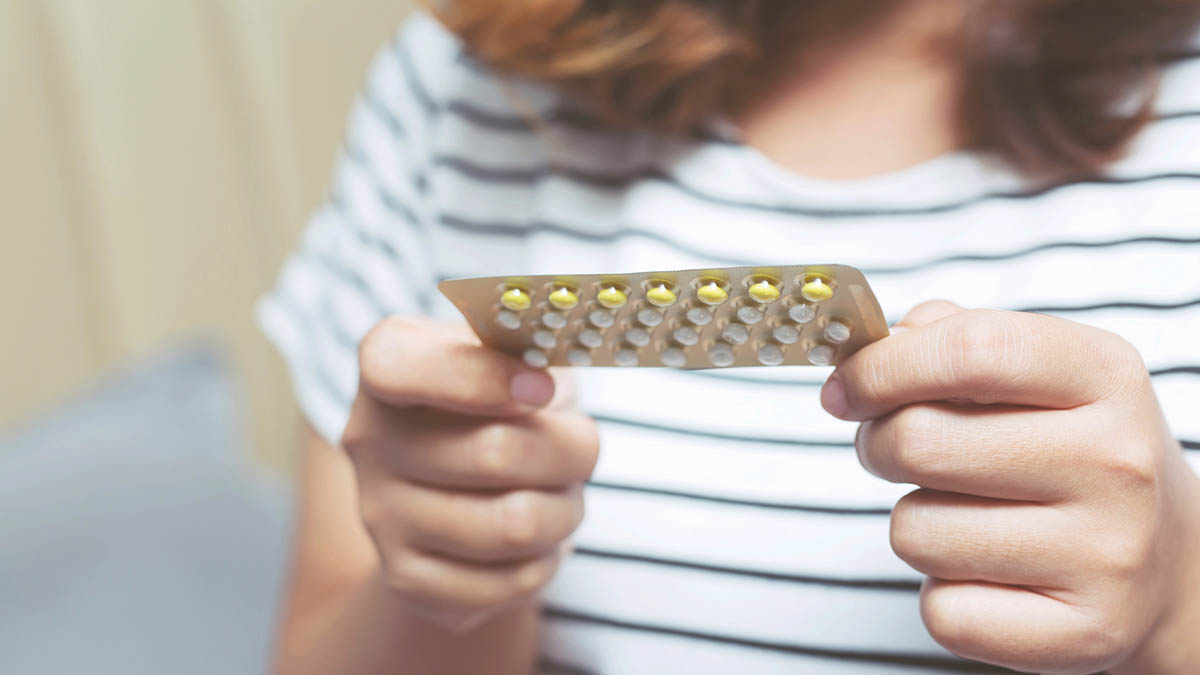 Oral contraceptives, including birth control pills, interfere with vitamin absorption and activity. Vitamin, mineral, and other nutrient depletion is an effect of taking these drugs that has been documented since the 1960s, leading many researchers and pharmacists to recommend supplementing with vitamins and minerals while using these medications.

Most of these hormonal birth control pills contain a combination of estrogen and progestin, an extremely effective combination with a 99.9% success rate by preventing ovulation. How this effects nutrient levels is currently unknown, but for more than 50 years, scientists have documented lower levels of certain critical vitamins and minerals in women taking oral contraceptives.

You need folate for cells to divide and reproduce, as well as to remove the chemical homocysteine that is dangerous to your cardiovascular system.

Since the 1960s1, 2, 3, 4, 5, 6, 7, 8, 9, researchers have documented oral contraceptive use with lower serum folate levels and restoration to normal levels after ceasing use. Researchers suggest that this could be due to the drugs causing malabsorption of folate, increasing excretion of folate in urine, and accelerating folate metabolism.

While researchers say these lower folate levels are not likely to cause anemia in women with good dietary folate intake who can absorb the vitamin properly, it may lead to problems for women with poor diet. They also recommend that women who are planning to become pregnant after ceasing birth control pills to supplement with folate due to its well-known association with mitigating risk of certain birth defects.

Oral Contraceptives and Vitamin B2

B2, a.k.a. riboflavin, is essential for converting food to cellular energy that keeps your body running. This member of the Vitamin B family can act as an antioxidant that protects your cells from damaging free radicals. It’s necessary for proper growth of your body as a whole as well as your hair, skin, and nails.

It’s easy to become deficient in B2 when dietary intake is low. Your body constantly excretes riboflavin in urine. Since meat and dairy are major dietary riboflavin contributors, the National Institutes of Health lists vegans and vegetarians at risk for deficiency. It’s a common deficiency in women of child-bearing age of lower socio-economic status who may not have optimal diets. Researchers have found that birth control pills exacerbate the deficiency.1, 11, 12, 13

Types of birth control known to deplete B210*

Birth control and Vitamin B6 depletion

B6, also known as pyridoxine, is critical for your body to process and utilize dietary protein. It also makes neurotransmitters, the cells that control brain communication and mood.

Studies correlating birth control use with low B6 levels date back to the mid-1960s. Recent large-scale studies corroborate this relationship.1, 14, 15

Types of birth control known to deplete Vitamin B610*

B12 deficiency and birth control pills

Vitamin B12 is critical for proper metabolism — converting food to energy. You also need it to make DNA. The only significant dietary sources of B12 are animal products, leaving vegans and vegetarians at major risk of deficiency. Because B12 requires stomach acid to extract it from food, people with lower stomach acid — due to age or medication use — are also at risk of low levels.

Types of birth control known to deplete Vitamin B1210*

You know Vitamin C for its support of the immune system. Your white blood cells and other entities in the immune system require it to function and protect you. Vitamin C is also essential to produce the collagen that keeps your skin firm and your joints, muscles, and tendons healthy. It’s also a powerful antioxidant that neutralizes the damaging free radicals that result from stress, environmental contaminants, and ingestion of harmful substances like alcohol and junk food.

Oral contraceptives lower Vitamin C levels in plasma leukocytes and platelets, elements of the immune system. The theory is that the estrogen in birth control pills increases the rate of Vitamin C metabolism. Researchers have stated that oral contraceptives alter tissue uptake patterns, thus the distribution of the vitamin.1, 22, 23, 24, 25 In a recent study, researchers suggested that taking oral birth control pills increased oxidative stress (free radicals) and that supplementing with antioxidants Vitamin C and Vitamin E increased the activity of naturally occurring antioxidant glutathione and reduced levels of free radicals.25

Combined-type oral contraceptives decreased Vitamin E plasma content in healthy women. Other studies found changes in blood clotting activity in those taking birth control whose Vitamin E levels were depleted. This result prompted some researchers to hypothesize that lowered Vitamin E could be responsible for the adverse cardiovascular side effects of taking oral contraceptives.1, 26, 27

You need zinc for your immune system to work as it should. Even a mild deficiency can suppress the immune system https://blog.livonlabs.com/vitamins-and-nutrients/zinc-benefits/. This mineral also supports eye, hormone, and skin health. Because the zinc sources that contain the types of the mineral that are usable by the body are only found in animal-based sources, vegans and vegetarians are at risk for deficiency. Marginal zinc deficiency is rather common in the United States.

Selenium and oral contraceptive use

Magnesium is part of more than 300 processes in the body from the bones to the brain. To be fair, oral contraceptive use isn’t the only reason for low magnesium levels since experts estimate that more than 50% of the US population is deficient.

Many studies have shown that oral contraceptives reduce serum magnesium levels.1, 34, 35, 36, 37 Other studies indicate that supplementing with estrogen and calcium in post-menopausal women has a similar effect.38

Do you have hormonal birth control vitamin mineral depletion?

Simple blood tests, ordered by a doctor and administered by a professional phlebotomist or phlebotomy technician, are often enough to measure deficiency of some nutrients. Others, like magnesium, are more difficult to assess. Doctors should be able to tell you if you have a deficiency.

While some foods are high in specific nutrients, the most effective way to ensure you are getting all the nutrients you need is to eat a varied whole food diet that does not exclude major food groups. If this is not possible, supplements may be in order.

Nutrients come in various forms with varying degrees of usability in the body.

Take folate for example. When you eat foods containing folate (or folic acid), your body can’t immediately use the vitamin. You must convert it through a process called methylation into the active form of folate that can perform its duties in your cells. Many people have a genetic mutation that makes them unable to methylate folate, thus all the B9 they consume just goes to waste. Some folate or Vitamin B Complex supplements contain a pre-methylated form of folate that ensures everyone can benefit from the supplement.

Supplements also contain several forms of magnesium. The most common in multivitamins and bargain supplements is magnesium oxide, which your body has a lot of trouble using. This type of magnesium often has a laxative effect because your body excretes what it can’t use. Magnesium citrate and magnesium glycinate are more expensive, but are much easier for the body to use. Magnesium L-Threonate is a newly discovered form of the mineral that has the distinction of being the only compound proven to significantly raise magnesium levels in the brain.

Also, when supplementing to correct an oral contraceptive-induced vitamin depletion, you may be tempted to take large doses. When you’re supplementing water-soluble nutrients (which all the aforementioned are), remember that your body can’t store them. Since you can only absorb relatively small amounts at once, you may be losing much of the content on the label by taking large doses of traditional oral supplements. This is why people taking large oral doses of Vitamin C often report gastric distress. Liposome encapsulated Vitamin C, B Complexes, and Magnesium supplements enable you to absorb more nutrients from larger doses by bypassing your body’s restrictive absorption systems.

24 WHO. Advances in Methods on Fertility Regulation. World Health Organization, 1975.

32 Cohen, Suzy, RPh. Drug Muggers: Which Medications Are Robbing Your Body of Essential Nutrients—and Natural Ways to Restore Them. Rodale, 2011.

35 Stanton MF, Lowenstein FW. Serum magnesium in women during pregnancy, while taking contraceptives, and after menopause. J Am Coll Nutr 1987; 6: 313-319.

38 Seelig MS. Increased need for magnesium with the use of combined oestrogen and calcium for osteoporosis treatment. Magnes Res 1990; 3: 197-215.