Vitamin Absorption: Why Water-Soluble Nutrients Are Such a Challenge 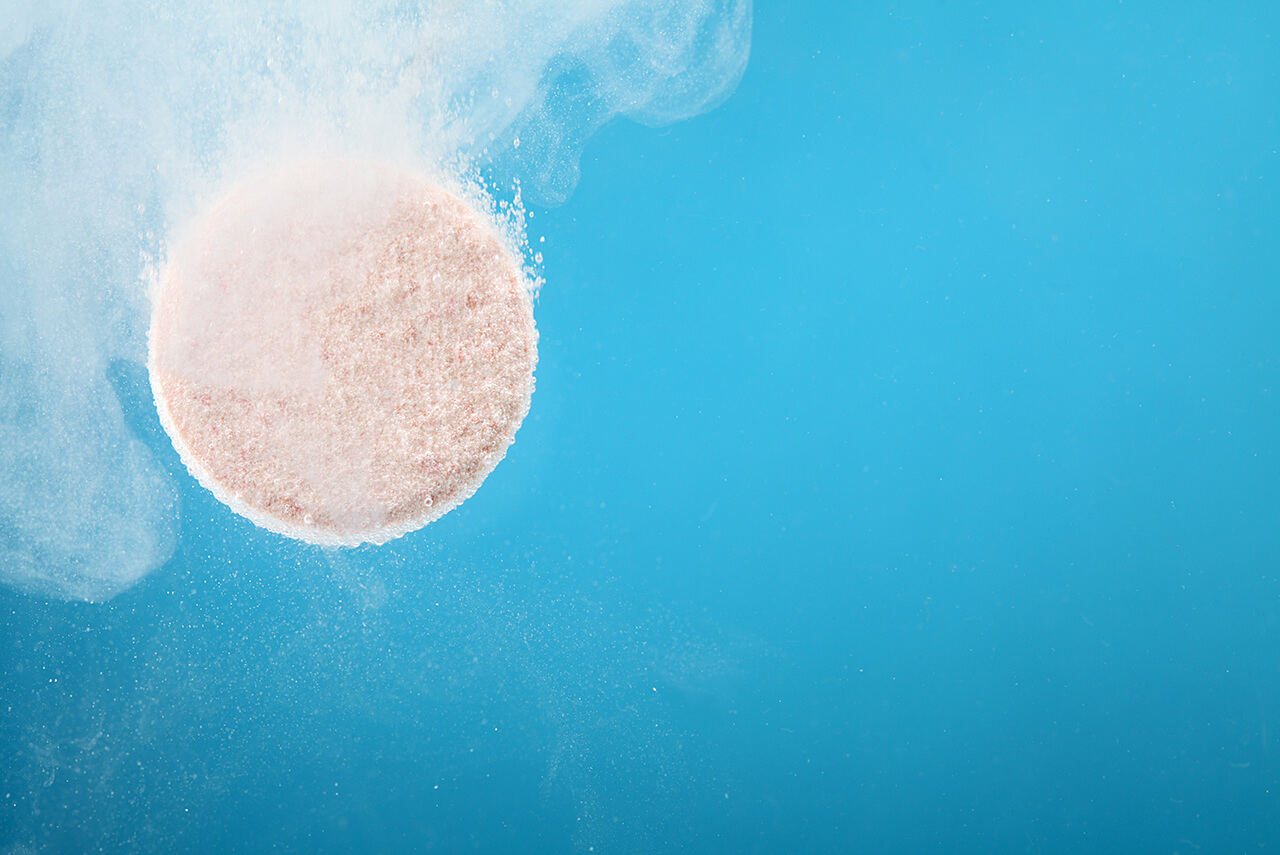 The journey of the water soluble vitamin is wrought with peril that cause the molecules to be tossed from the system like they failed a test in the Wonka factory tour. While this vitamin absorption challenge pertains to all water-soluble nutrients (including all the vitamins in the B family), we will use Vitamin C as our example from here on out as it gets the most attention for its difficulty to absorb and the gastric distress this lack of absorption causes. And we won’t leave you hanging like you’ve taken some fizzy lifting pills; there is a way for you to outsmart your body’s restrictive systems and get large quantities of Vitamin C molecules to their ultimate destination in your cells.

The Skill of the Antioxidant Can Affect Vitamin Absorption

As a powerful antioxidant, each Vitamin C molecule has an extra electron that it donates to an electron-short free radical. Once that free radical has its needed electron, it stabilizes and it stops trying to steal electrons from your cells. Unfortunately, it doesn’t know how to reign in its powers. It can find free radicals in your digestive system and on your tongue and anywhere else on its journey to the digestive system for eventual absorption. After it donates its electron, it is neutralized. And its efficacy shrinks even smaller than Mike Teavee when he got beamed into a TV. Then it’s useless and leaves your system as waste.

A Vitamin C molecule can’t just walk its way from the digestive system to the bloodstream. It depends on the availability of active transporters to carry it there. These transporters are in limited supply. Specifically to Vitamin C, this nutrient transporter is called the GLUT-1 receptor, which is primarily a glucose transporter. Glucose, the simplest form of sugar, is the body’s primary source of energy. All carbohydrates are broken down into glucose in the digestive system and the GLUT-1 receptors transport those molecules to the cells for conversion into energy. Because this is the primary purpose of the receptor, it has a preference for glucose. So, if you’ve eaten any carbohydrates with your Vitamin C, you are further decreasing the likelihood of vitamin absorption in your cells.

And, that Vitamin C molecule is likely to get left behind in the digestive system. That’s when the enzymes show up to digest it. This is why people who take large oral Vitamin C doses report stomach upset. The Vitamin C molecules have gone the way of Augustus Gloop, albeit in a much less tasty pathway. Some people report gastric discomfort when they get a cold. Well, what’s the first thing you do when you feel a cold coming on? Load up on Vitamin C, of course! And you’re likely choosing the supplements branded for their instant actions against colds. The type packaged in powders that create sweet effervescent drinks and gummies that look like they’d be produced in the Wonka Factory. And all that sugar impedes the journey of the Vitamin C molecule to the cells, thereby diminishing vitamin absorption.

You may hear many rail against vitamin supplements as unnecessary because you can get all you need from food. The problem here is fairly obvious. Most foods rich in Vitamin C are fruits. Fruits, while providing numerous health benefits and critical nutrients, are high in carbohydrates. You need carbs for energy (if your body stops producing energy, you die), which is another reason why the GLUT-1 transporters know they have to get the glucose to the cells. Yes, an orange is replete with Vitamin C, but it is unlikely that you will absorb all the Vitamin C content in an orange. You may get the RDA, but experts argue that this guideline is dangerously low and doesn’t take into account a certain evolutionary quirk that scientists have discovered.

The Evolutionary Explanation for the Absorption Challenge

According to Dr. Thomas Levy, cardiologist and Vitamin C expert, “It is almost certain that humans once synthesized their own Vitamin C, as most other animals still do today.” If we only had the L-gulonocatone oxidase (GLO) enzyme in our livers, we would be able to make Vitamin C from glucose. We have the gene in our DNA code to make the enzyme; our liver cells just can’t figure out how to do it. Researchers hypothesize that this genetic code means that we once produced our own Vitamin C, but that we evolved away from it, possibly by consuming Vitamin C in our diets. Every other mammal with the exception of primates and guinea pigs can make Vitamin C in abundance.

So, if we are designed to produce Vitamin C, of course we’re not designed with an abundance of active transporters to carry it from dietary sources.

Why Water-Soluble Vitamins Are Important

Let’s go back to nature on this one. An adult goat is roughly the same size of an adult human, and it makes 13,000 mg of Vitamin C on a normal day. In response to stress, that goat can produce up to 10 times that base amount. This is why many doctors, including Dr. Levy, and scientists believe that in order to be at optimal health, we should be consuming significantly more than the 75–90mg RDA that is just enough to ward of the 17th century pirate disease, scurvy.

Water-soluble vitamins encapsulated in fatty acid spheres (liposomes) do not rely on the active transporters. They do not compete with your body’s ability to deliver the fuel for energy to the cells because they take a different route. It’s the route that Vitamin C would have taken if your body was still able to produce it.

Liposomes are smart and can get to your cells without the active transporters because they are made with the same material that makes up your cell membranes, phospholipids. The phospholipids can easily pass through the intestinal wall and into the bloodstream where they make their way to the cells for assimilation through the cell membrane.

Because they are made of fat, the liposomes also protect the vitamins from the digestive enzymes that can break down the nutrients. This is of particular importance for another water-soluble antioxidant, glutathione, which is made of three animo acids. The digestive system breaks glutathione molecules back down into their constituting amino acids — cysteine, glycine, and glutamate — and they have to be reconstructed into glutathione, which is a total waste of cellular energy. That’s why so many people who are cognizant of glutathione’s importance choose to supplement with the three amino acids to at least give their bodies the raw materials they need to produce the master antioxidant. This, however, offers no guarantees of boosting glutathione levels as it depends on the body’s ability to produce glutathione, which like everything else, slows as we age.

Because of its lack of reliance on your body’s restrictive nutrient transport system, liposomal encapsulation offers a better way to absorb water-soluble vitamins. That’s why we chose Vitamin C, the B vitamins, glutathione, alpha lipoic acid, and acetyl l-carnitine for liposomal encapsulation. They’re the nutrients that your body needs, but they have a tough time getting through the obstacles to prove it. Just like Charlie Bucket as rightful successor to a candy empire.