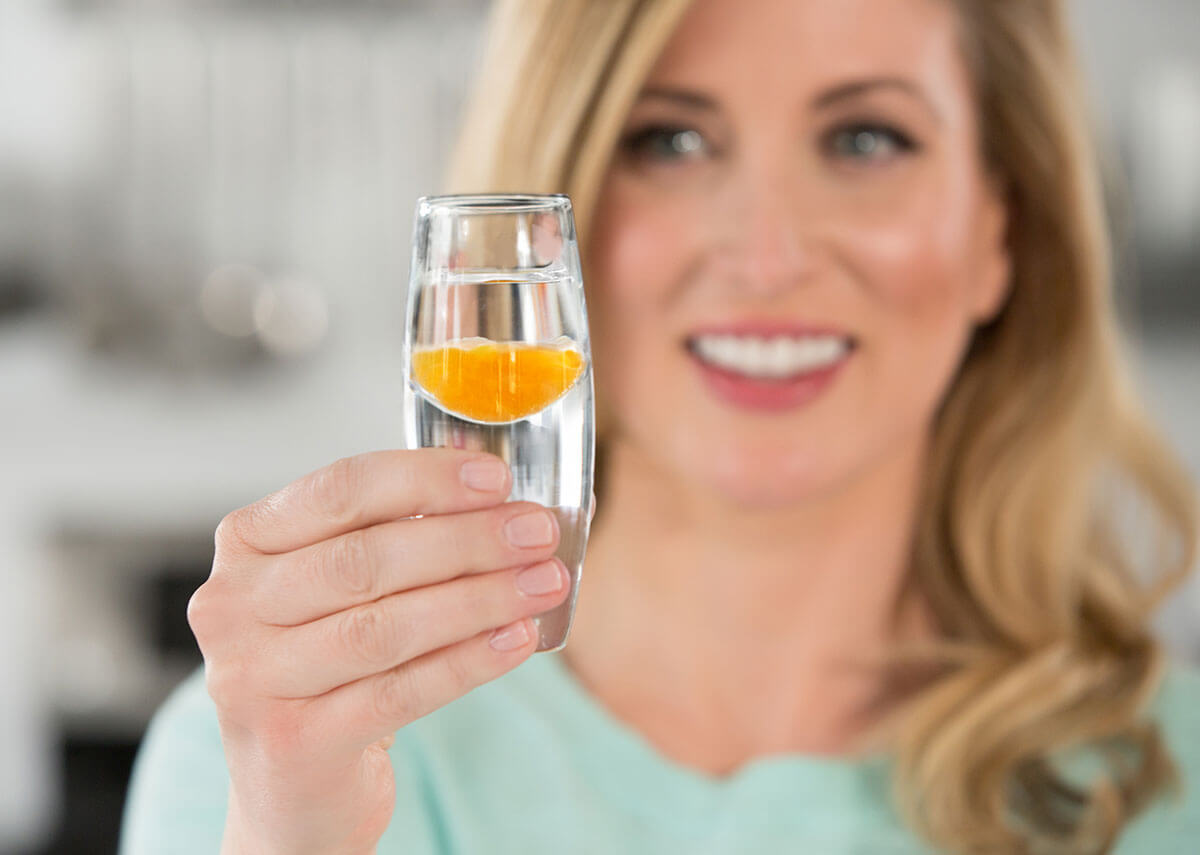 If we could only pick one of the many liposomal Vitamin C benefits, it would be that it is better suited to enabling your body to absorb the Vitamin C your’e consuming. You may be ingesting 50X the daily allowance, but pills, powders, gummies — even whole foods — are poor ways of getting the optimal levels of Vitamin C to your bloodstream and cells. Here’s why.

Much of the Vitamin C that you take orally never gets absorbed in your cells. Researchers have found no significant difference in blood and tissue Vitamin C concentration between people who take 100mg and 2,000mg per day from oral supplements. That tells us that mega-dosing through traditional oral supplementation does not give your body the intended dose, as there is only a certain amount of Vitamin C that can be absorbed when it passes through the digestive system. In a study conducted by the National Institutes of Health, researchers found that a maximum of 200mg of non-liposomal Vitamin C was absorbed at a time. As numerous oral supplements boast a Vitamin C content of 1,000mg, that means you’re only getting 20% of what you’re paying for.

In support of liposomal Vitamin C benefits, researchers found in a 2016 study that liposomal Vitamin C provided greater circulating concentrations of Vitamin C than non-encapsulated forms. That means liposomes get more Vitamin C into the bloodstream where it can be properly distributed to the cells that need it, instead of simply passing through the digestive system.

Vitamin C’s role in your health is that of an antioxidant, meaning that it donates an electron to an electron-short free radical to neutralize it before the free radical can destroy a cell by stealing its electron. Once Vitamin C gives away its electron, its antioxidant properties are also neutralized. It’s kind of like a well-intentioned kamikaze. The problem is that Vitamin C doesn’t know when to start donating electrons. It may find a free radical in your mouth or your intestines, or even in the bottle on the supermarket shelf, and render itself useless as an antioxidant before it reaches your cells.

Now, here’s where it gets really interesting. Along with primates and guinea pigs, humans are the only other mammal on Earth incapable of making Vitamin C in the body. But researchers say it wasn’t always like that. We’re missing the enzyme L-gulonolactone oxidase (GLO) needed to make Vitamin C from the glucose (sugar) in our blood. The frustrating thing is that we have the gene in our DNA code that would enable us to make the GLO enzyme. Our liver cells just can’t interpret it. Researchers theorize that once, long ago, we produced large amounts of Vitamin C, but a genetic mutation stopped us from activating the GLO enzyme.

Researchers found what they believe to be evidence for this theory from early records of mariners. Scurvy, an extreme Vitamin C deficiency, was common among sailors who did not have access to fresh fruits and vegetables during months, even years, at sea. Yet, some of these early ship-dwellers did not experience scurvy symptoms, leading some to believe that the gene that enables us to use the GLO enzyme is still present in some people.

If researchers are correct that the primal man was able to synthesize Vitamin C, it would have occurred in the liver. Liposomal Vitamin C benefits us by transporting the substance throughout the body, including the liver, like it possibly was during the hunter-gatherer era.

It’s not just about the Vitamin C. When you take liposomal Vitamin C, you’re getting all the nutritional benefits of the material comprising the liposomes themselves. At LivOn, we use phospholipids with a high concentration of phosphatidylcholine, which is a building block of all of our cellular structures. It’s what’s known as an essential phospholipid, a fatty acid that our bodies can’t produce on their own so we need to get it from food.

Thousands of studies have found myriad benefits of polyunsaturated phosphatidylcholine (the specific type that we use at LivOn). It’s been linked to promoting healthy function of the liver and blood cells. Composed of phospholipids, the cell membrane is like the moat that surrounds the castle. If it’s drained of water, enemies can lay siege on the castle. It’s the same way with the cells. A damaged membrane leaves the contents of the cells vulnerable. A steady supply of phospholipids can help to fill in the gaps in the cell wall fortification.

Choline (the suffix of that spelling bee-winning word mentioned above), which researchers have called “An Essential Nutrient for Public Health”, is critical for numerous bodily processes and most people get way less than they should.

By taking Vitamin C encapsulated in liposomes, you are getting the benefits of the liposome material itself as well as its efficient delivery of critical nutrients to our cells. To get all the liposomal Vitamin C benefits, make sure the Vitamin C supplement you are taking uses true liposomes. The liposomal Vitamin C benefits described in this article only pertain to the phosphatidylcholine-based liposomal Lypo-Spheric® delivery system that we patented to encapsulate our Vitamin C (and other antioxidants) at LivOn Labs.