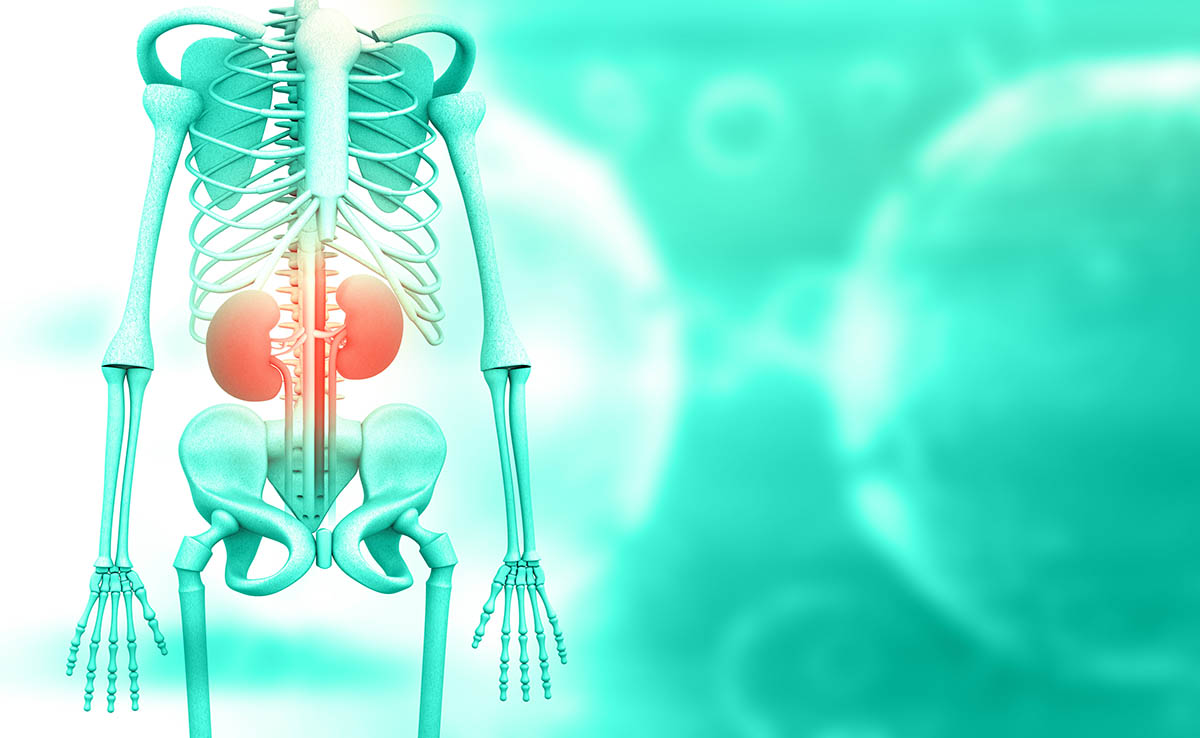 If you’ve looked into high-dose Vitamin C supplementation, you’ve come across the Vitamin C kidney stone hypothesis: that Vitamin C converts into the substance that constitutes kidney stones. But, have scientific studies actually shown that large doses of Vitamin C cause kidney stones? The answer is no. So, why does this rumor persist?

After Vitamin C performs its duties as an antioxidant, it metabolizes into dehydroascorbic acid (DHAA). Sometimes other antioxidants — like glutathione — regenerate Vitamin C to its active state. If that doesn’t happen, the DHAA turns into diketogulonic acid, which then converts to lyxonic acid, xylose, threonic acid, or oxalic acid.

Oxalic acid is also known as oxalate, an end product for which the body has no further use. Since calcium oxalate is the primary constituent in most kidney stones, some doctors warn their patients that Vitamin C supplementation might increase their chances of developing kidney stones.

However, researchers have found the process isn’t that predictable, and the amount of Vitamin C that turns into oxalate may not be as significant as some would suggest. In one study, researchers noted that a significant amount of Vitamin C is excreted in urine without converting to oxalate. Other researchers noted that human subjects excreted about 80% of vitamin C as DHAA before it ever converted to oxalate. Conclusions from studies that have examined Vitamin C supplementation and urinary oxalate levels are mixed, with some showing increases in urinary oxalate and others showing no difference between subjects who did and did not supplement.

A caveat to understanding the results of those studies is that other substances in the Vitamin C supplement could lead to higher oxalate levels. In one study, researchers suggested that tartaric acid and sucrose in these supplements could convert to oxalate.

As a cardiologist, and author of numerous books about Vitamin C, Dr. Thomas Levy writes: “Many factors are involved in the precipitation of calcium oxalate out of the urine, leading to stone formation, and increased vitamin C supplementation is but one of these factors. It is important to realize that a given risk factor can only produce a given medical condition when other surrounding circumstances favor the development of that condition as well.”

Dr. Levy lists 60 factors that cited studies have demonstrated to have a possible effect on developing kidney stones. These factors include dietary intakes and urinary excretion levels of minerals, including potassium, magnesium, and calcium; presence of heavy metals; intake of hard water; hydration, pre-existing kidney or urinary tract conditions; intake of oxalate-generating foods, beverages, and supplements; deficiencies or supplementation of other vitamins, including B and D; and pregnancy.

Certain soy-based foods are also major oxalate sources. Tea also contributes oxalate. The essential amino acid glycine, a precursor to the master antioxidant, glutathione — is, according to Dr. Levy, “likely the major source of” glyoxylate which is an immediate precursor to oxalate. The artificial sweetener aspartame combines two amino acids that lead to oxalate. Sardines and other high-purine foods increased oxalate excretion.

There has not been a study examining whether Vitamin C by itself causes kidney stones. This would be impossible as researchers would have to control for diet, hydration, and other kidney disease risk factors that could be genetic.

Aside from the aforementioned studies about Vitamin C and oxalate, not kidney stones, the true research into the topic does not exist. The relationship came from reports about ailing patients and their Vitamin C intake as related to the development of kidney stones. This is an association, not a cause, and can be confounded by the numerous other factors, including the disease that brought the patient into the hospital in the first place.

People with impaired kidney function should be cautious if supplementing

Often, reports implicating Vitamin C in kidney stone formation document the case of a single person that had other risk factors. Dr. Levy urges caution to anyone with kidney disease or malfunction when supplementing with anything, including Vitamin C:

“Would it be possible to cause calcium oxalate stone disease in an otherwise normal person with enough vitamin C? Possibly, but it would almost have to involve a situation in which substantial dehydration and/or several other of the risk factors noted above were already present. Vitamin C, as with many other nutrients and medications, should always be accompanied by generous hydration. High solute intake with low urine volume will always increase concentrations of everything present, inviting crystal precipitation.”